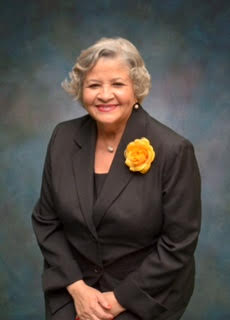 Jacqueline Jackson McGill is the daughter of our founder,  Mr. Henry L. & Coulestean Bland Jackson. She and her sisters, Sylvia and Cynthia,  grew up in the funeral industry working with their father, which is why the funeral home was named Jackson & Daughters Funeral Home up until she and her husband, Rev. Henry McGill, Jr.  became the new owners in 1970.

She is an exceptionally gifted businesswoman and community leader.  Mrs. McGill is an accomplished musician serving as church musician at Mt. Pisgah Baptist Church more than 50 years. She also serves as Chairperson of the Marion County Election Commission. 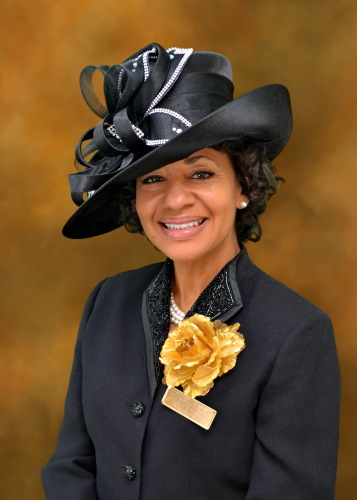 Poiette is a 1988 graduate of the American Academy McAllister Institute of Funeral Service in New York City earning an Associate of Occupational Science Degree in Mortuary  Science. She is a 2007 graduate of Francis Marion University earning a BS in Secondary English Education. Poiette  is a licensed embalmer and funeral director who takes great pride in serving clients beyond their expectations.

She is married to Dr. Cecil L. Bromell, DMin. of Loris, SC and is the mother of Shakira McGill (Timothy)Gilchrist and Victory Williams. She is the grandmother of Mercy, TimTim and Michael Wisdom Gilchrist. 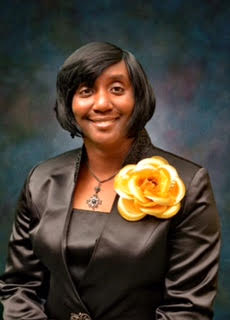 Ms. Amy Carol Brown is from Marion, SC. Ms. Brown is the daughter of Ms. Gladys Lewis and the late Willie Joe Crawford. She is a member of the St. James AME Church of Marion, SC and the mother of Tiwanna (Keithen) Sanders and the grandmother of four: Deonte, Somone, Ashleigh and Kacy. Ms. Brown has been with Jackson & McGill Funeral Service since the fall of 2015. When asked what funeral service means to her, she replied, " Funeral service means you become a guide for the family as they begin to prepare to make final decisions related to their loved one. You have to become a listener with compassion and forethought. You must answer all questions knowledgeably. This leaves the family with a peace of mind to carry out the wishes of their loved one peacefully." 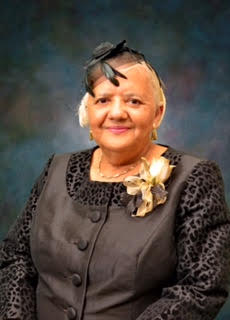 Ms. Sylvia Jackson Graves was from Marion, SC. She was the daughter of the late Henry Lee and Culestean Lee Jackson, and the eldest of the iconic three girls who comprised Jackson & Daughters funeral service and Jackson & Daughters Cemetery. Ms. Graves was the mother of Calette D. Graves- Grant and the late Ghesa Y. Graves. She was also the grandmother of four. Ms. Graves attended Mt. Pisgah Missionary Baptist Church. Ms. Graves faithfully served Jackson & McGill Funeral Home as a lady attendant and the Office Storekeeper. She was also the Jackson & McGill Historian. When asked what funeral service meant to her, Ms. Graves replied, “ Funeral service should be within the means of all.” 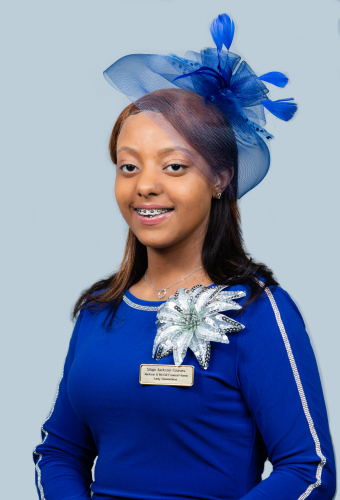 Staja Jackson-Graves is the great-granddaughter of our founder, Mr. Henry L. Jackson, and the granddaughter of our beloved Sylvia Jackson-Graves (deceased). She works at the firm, and is also attending college to become a funeral director/embalmer. Staja knows that no job is too small, and is very passionate about her family legacy. Her fellow coworkers would say she's a natural, a true Jackson when they observe her at work. She dreams of one day taking on the family business, in hopes of continuing on the legacy like the ones before her. 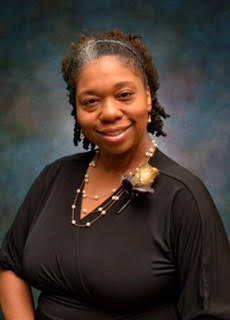 Shakira is the great-grand daughter of our founder, Mr. Henry L. Jackson. She is a graduate of Morris College with a BA in History. Shakira is currently in charge of all media and technology at the funeral home to include the Facebook page, website and radio broadcast.

She assists with the monthly bookkeeping, arrangement conferences, and monitoring insurance claims.

She is married to Timothy Gilchrist of Lake View, SC and they have three beautiful children: Mercy Mahari, Timothy Jameson, and Michael Wisdom Gilchrist. 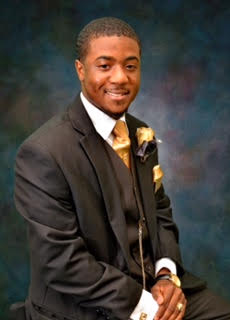 Rev. Dylan McNeil is from Britton's Neck, SC. He is the son of Rodney and Chantel McNeil. He is a 2015 graduate of Conway High School and a current mortuary science student at Piedmont Technical School. Rev. McNeil is a member of the House of God Holiness Church.

He serves as a Supervisor of Staff Operations and is responsible for the dressing, cosmetics and casketing of those who have departed. When asked what funeral service meant to him, Rev. McNeil replied, " Funeral service is Becoming a shoulder for a variety of people during a troubled time."

Rev. McNeil is a  member of the Sixth District Morticians  Association. 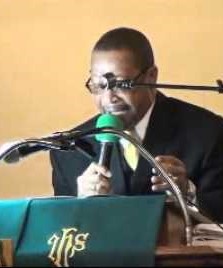 Rev. Curtis Campbell serves as lead chaplain. He is a beloved pastor and well respected radio personality who has comforted countless numbers with his unique method of ministry. We are grateful to have our Community Pastor, Rev.  "CC" Curtis Campbell leading our ministry team. 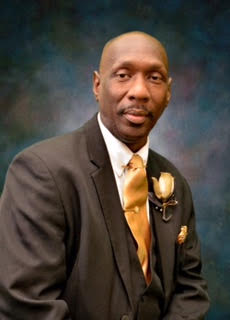 Mr. Lorenzo Smith is from Marion, SC. He is the son of the late Luther Smith, Jr. and Mary Bell Smith, the father of Alexis Renae Smith and a member of the Door of Hope Christian Church of Marion, SC. Mr. Lorenzo Smith has served with Jackson and McGill Funeral Service for many years and currently serves a funeral attendant and team coordinator. When asked what funeral service meant to him, Mr. Smith replied, “Funeral service is making the load lighter for families who are suffering the loss of their loved one.” 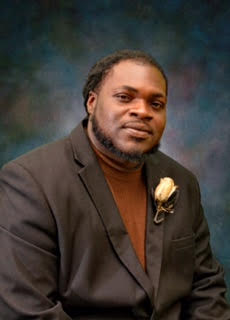 Mr. Marcus Robinson is from Marion, SC. He is the son of Avis R. Reaves and Carl Bryant. Mr. Robinson attends Pleasant Grove Missionary Baptist Church of Marion, SC. He is married to Vicki C. Robinson and is the father of little Marcus and Markell Robinson. Mr. Robinson has served with Jackson & McGill Funeral service for many years and is currently the Supervisor of Vehicles and cemetery maintenance for Jackson & Daughters Cemetery. When asked what funeral service meant to him, Mr. Robinson replied, “ Funeral service is serving a family in a time of pain when they need help like they have never needed help before.” 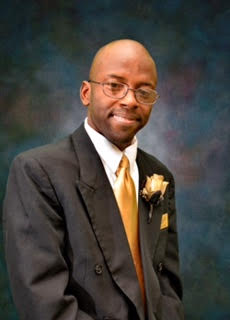 Mr. Demetric Horne is from Latta, SC. He is the son of the late Roosevelt and Florence Horne and a graduate of Latta High School. Mr. Horne attends the Vision of Life Ministries in Latta, SC under the leadership of Pastor Albert McLeod. He served as a male attendant for Jackson & McGill Funeral Service for almost a year and over 20 years of hands on experience in the funeral industry. When asked what funeral service meant to him, Mr. Horne replied, "Funeral service is treating every person who has passed with dignity and treating each family served with respect." 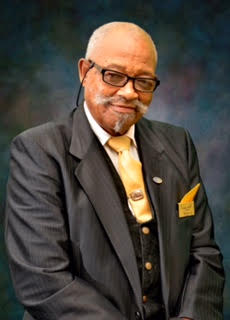 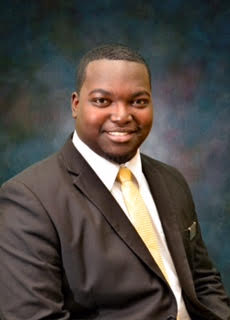 Minister Jarvis O. Woodberry is from Rains, SC. He is the son of James and Leteisha Woodberry. Minister Jarvis Woodberry is a graduate of Creekbridge High School. Currently he is a student at Florence- Darlington Technical College. Minister is Jarvis Woodberry attends New Life Praise and Worship Center of Rains, SC. He began working with Jackson & McGill Funeral Service in the spring of 2016 and serves as funeral attendant. When asked what funeral service meant to him, Minister Woodberry replied, “Funeral service is serving the community to the best of your ability and satisfying the needs of the family.” 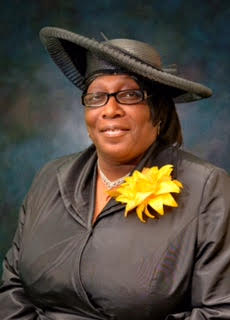 Ms. Evelyn Richardson is a native of Gresham, SC. She is the mother of Markeith Adams, And Jonnie Turner Jr. She's a member of the White Hill Missionary Baptist Church where she's active throughout her church. When asked what funeral service meant to her she stated that funeral service to her is being a friend when a friend is very needed, serving beyond our call of duty in every area we're needed. 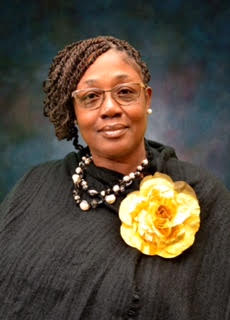 Ms. Lisa D. Seabrook is from Marion, SC. She is the daughter of the late John H. and Vermel James Seabrook and the granddaughter of the late William James, Jr. and Wilhelmina James. Ms. Seabrook is a member of Mt. Pisgah Missionary Baptist Church. She has served with Jackson & McGill Funeral service for many years and currently serves a lady attendant. When asked what funeral service meant to her, Ms. Seabrook replied,  “Funeral service is an opportunity to pay tribute to a family’s loved one as the family prepares to give their final farewells. Funeral service allows you to share in the family’s grief as an extension of the family through the service provided.” 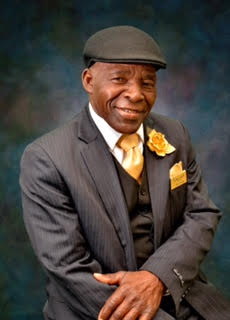 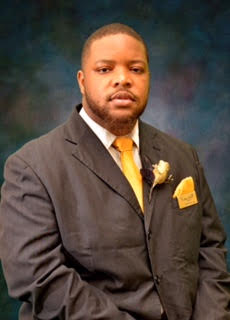 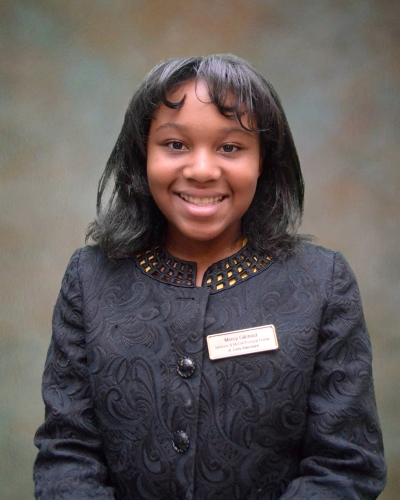 Mercy is the daughter of Timothy & Shakira McGill Gilchrist. She is the granddaughter of Rev. Dr. Cecil & Mrs. Poiette McGill Bromell and Mr. James Gilchrist.  She the the great- grandchild of Henry  & Jacqueline Jackson McGill,  and the great-great granddaughter of our founder Mr. Henry L. Jackson. Mercy represents the fifth generation of Jacksons in the business. She is 10 years old and has two brothers, Timothy Jameson and Michael Wisdom Gilchrist. She plans to help with the family business and wants to become a  professional ice sculptor. She enjoys amusement parks, hanging out with family and making pottery. She is an honor roll student and loves helping others. 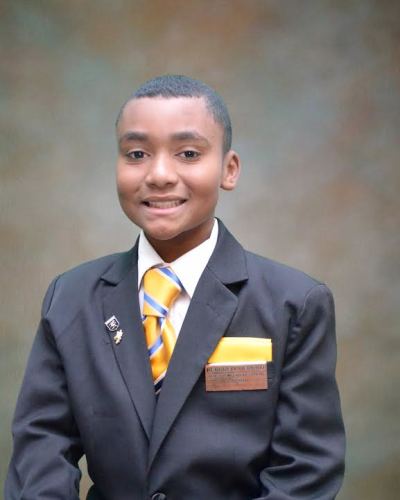 Kendrell Heriot is from Gresham, SC. He is the son of Arthur and Mattie (Sparks) Heriot. He currently attends Creek Bridge Middle School. He plans to one day further his education in mortuary science. He is a very extroverted and generous young man.

A year of daily grief support

Our support in your time of need does not end after the funeral services.  Enter your email below to receive a grief support message from us each day for a year.  You can unsubscribe at any time.